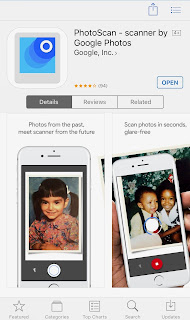 Is Buying Refurbished Worth It?

Many photographers I've spoken with have shared reservations regarding buying used gear, especially when it comes to lenses. Many have even echoed those same reservations regarding refurbished equipment. I'm sure there are valid reasons for this, as there is no shortage of unscrupulous individuals out there ready and willing to cheat you any way they can. This doesn't mean however, that you should discount the possibility of a real, legitimate opportunity to save some money.

5 Practical Questions To Ask BEFORE You Upgrade

We’ve all been faced with it.  All of a sudden, we get presented with this awesome deal on some older generation photo gear, but we hesitate, saying to yourself - “But, it’s not the latest…..”.  Never mind the fact that your current camera doesn’t have the features it offers, or that you don’t own a lens that has that specific focal length or aperture range.  All you can think of is - It’s not the latest.  Or, worse yet, “it’s still one, or gasp! two generations behind what that guy in the photo club has".